History of the Festival

The Dereham Blues Festival, or DBF for short, was the brainchild of the Norfolk Blues Society after a member said, back in December 2012, "Wouldn't it be good if..."  ... and so the first Dereham Blues Festival was born, coming to life in July 2013 with two headliners, Ron Sayer Jr and Dave Thomas and a variety of local, national and international bands.

​Organised by two of the Norfolk Blues Society's founding members Doreen and Stewart Aitken, the festival has gone from strength to strength and has quickly become a notable festival on the national blues scene. After yet another successful festival in 2015, it soon became apparent that in its three short years it has reached far beyond Norfolk and had gained national status and needed more than just two people to run it. So, in preparation for DBF 2016, a committee of volunteers was put together to help run it. Although still affiliated with the Norfolk Blues Society, the festival has become a company in its own right and is a registered not-for-profit company.

Previous headliners have now included Paul Jones, Mud Morganfield, Dr Feelgood, Andy Fairweather Low and more recently in 2018, Georgie Fame. The number of bands playing across the pubs and clubs has increased year on year, culminating  in one jam-packed schedule of fantastic artists from across the UK and beyond and creating the only 'twelve bars o' blues' festival in the UK!

The festival really does have something for every taste of blues. Whether you want to buy a ticket and sample a world-class blues icon in the fantastic setting of the Dereham Memorial Hall, check out the raw power of live blues being belted out from one of our twelve bars o' blues across Dereham, or both - the choice is yours! 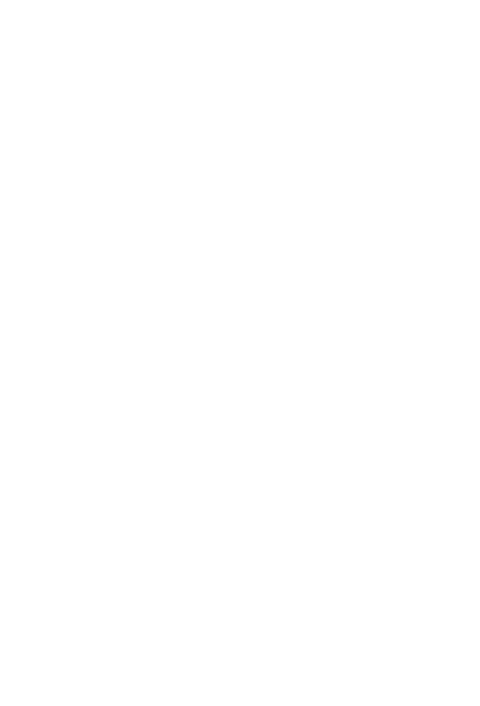 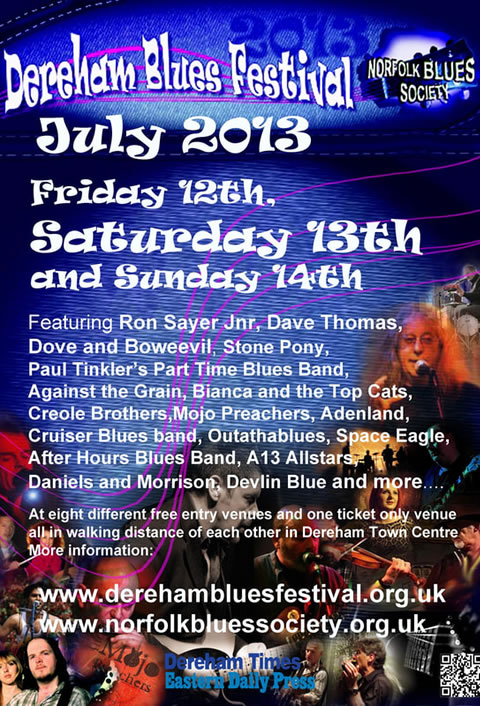 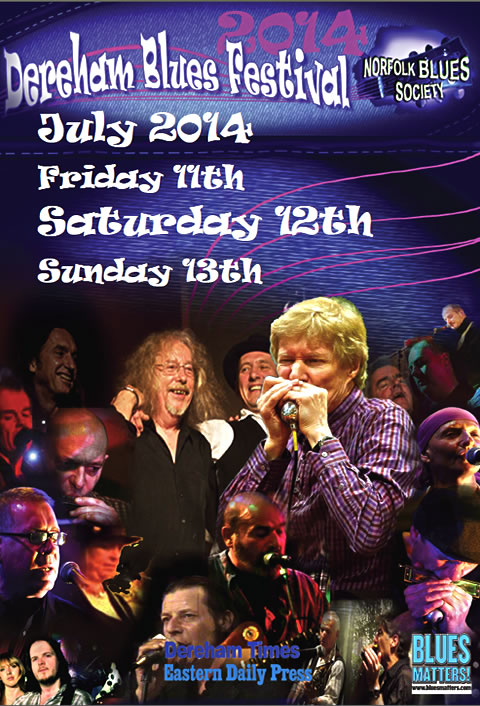 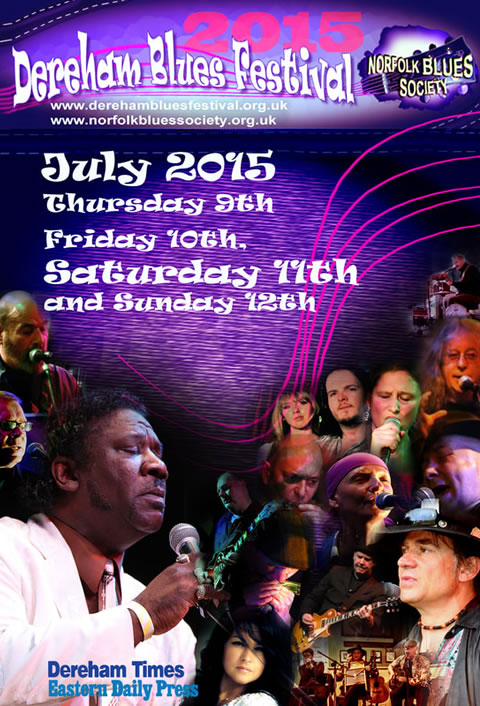 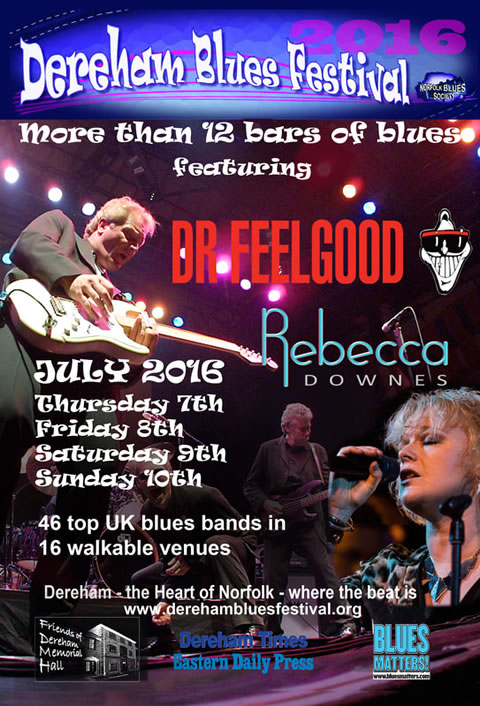 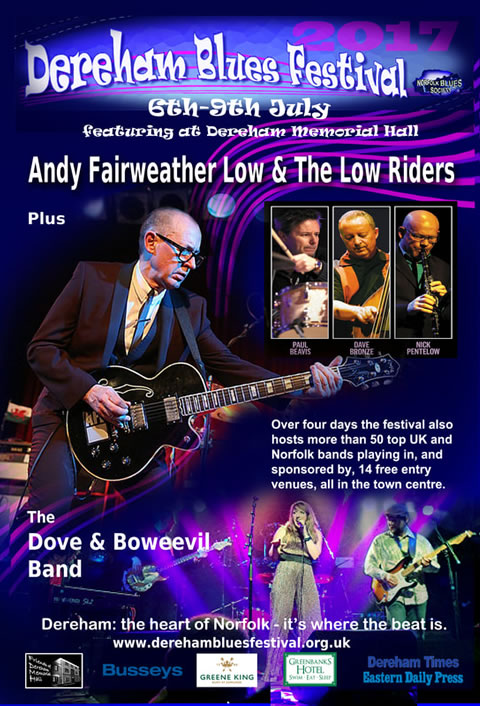 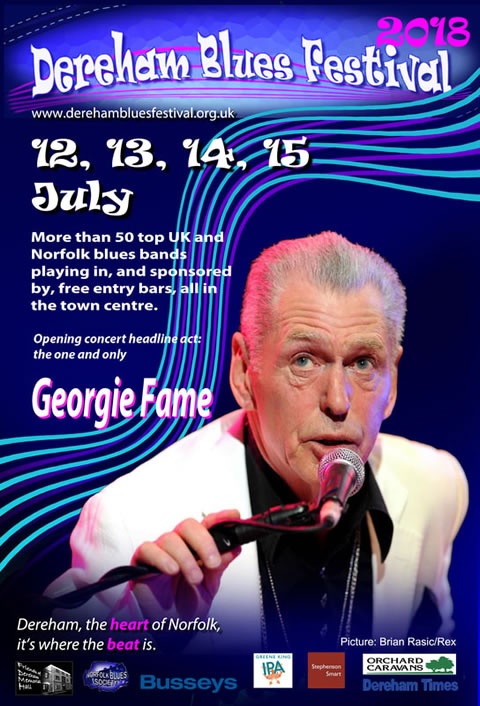